WOW, have I been busy!

A lot has happened since November 2010. I have been to Turkey to judge the CMAS photo contest, I became the President of the Academy of Underwater Arts and Sciences (AUAS), I have offered seminars in Washington, Our World Underwater, Boston area, Beneath the Sea, we had a great Photo Fest here in Grand Cayman, I had a death in the family, I went to a family wedding, I went to Costa Rica on a vegan retreat with Herb, and we ripped the downstairs photo center apart and rebuilt it all — sans darkroom.

I spent five weeks diving non-stop from my boat this past summer with my friends Christine, but have not had a second to spare to get the new images up. Kat has moved on to Bali (the Cayman Islands government does not allow people to stay here longer than 7 years without all sorts of permissions which we could not get). We have a new manager, Jenn Mark, and a new Emmy award winning videographer/wedding event photographer, Tony Mark (yes — Jenn’s husband). My garden looks great, my knee is now two years old and feeling absolutely PERFECT. I have a kayak on the car because we use it to get my boat when it is out on a mooring, and I need to drive it back to store at my house. 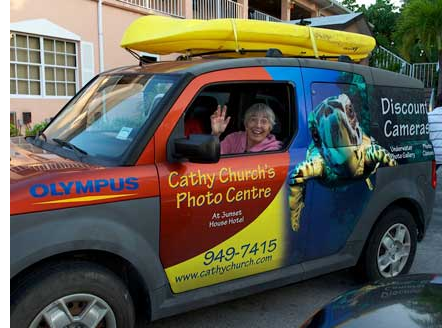 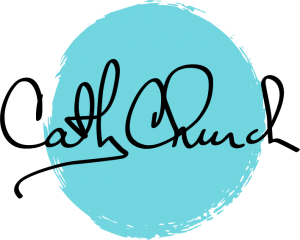 *All prices are listed in USD unless otherwise noted

© 2022 Cathy Church Photo Centre and Gallery. All rights reserved.
All underwater photography displayed on this site was created by Cathy Church unless otherwise noted.

This website uses cookies to improve your experience while you navigate through the website. Out of these cookies, the cookies that are categorized as necessary are stored on your browser as they are essential for the working of basic functionalities of the website. We also use third-party cookies that help us analyze and understand how you use this website. These cookies will be stored in your browser only with your consent. You also have the option to opt-out of these cookies. But opting out of some of these cookies may have an effect on your browsing experience.
Necessary Always Enabled
Necessary cookies are absolutely essential for the website to function properly. This category only includes cookies that ensures basic functionalities and security features of the website. These cookies do not store any personal information.
Non-necessary
Any cookies that may not be particularly necessary for the website to function and is used specifically to collect user personal data via analytics, ads, other embedded contents are termed as non-necessary cookies. It is mandatory to procure user consent prior to running these cookies on your website.
SAVE & ACCEPT
Rent Olympus OMD EM5II camera in housing
Rent Olympus TG 6 digital camera in Olympus PT-059 housing
Rent SeaLife DC2000 digital camera
Rent GoPro Hero 7 Black Edition in Supersuit underwater housing